The nine studios are now nearly finished, the decorators have completed the third and second floors and purpose built fitted wardrobes are about to be installed.   The coin operated washing/drying machines will be positioned in the laundry room next week and purpose built lockers are also being fitted in the locker room.

After further investigations it was found that the steps leading to the front porch were unstable, so we have had to rebuild the steps, supporting walls as well as the portico and balcony.  Our insurance claim is still being considered by Zurich and soil samples may have to be taken, to establish the full extent of the subsidence.

Thames Water will be connecting the water supplies over the weekend and once the new meter cupboard has been constructed under the front steps, EDF energy will fit the new meters in March.

The new bi fold doors have been installed in the lower ground floor flat, which will allow us to complete the rendering to the rear extension.  Also, the original glass stained window has been refurbished and fitted in the stairwell.

We can also report that our regulated tenant will not be occupying the completed development as originally planned, which will therefore allow us to achieve full market rent for all eleven units. We will be instructing two local letting agents and they will be advising on achievable rents next week. 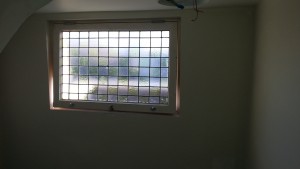 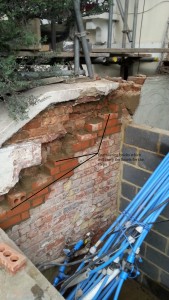 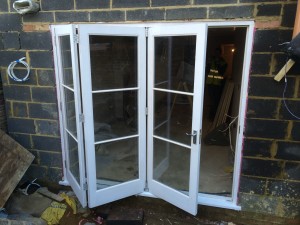